You are here: Home / Tips / How to Get More Followers on Periscope?

Periscope debuted as one of the most innovative social networks ever conceived. Focusing on live video, it set itself apart from all other social platforms and gained a huge following. For broadcasters, figuring out how to get followers on Periscope has always been a top priority.

The truth is, there are various avenues to explore for anyone looking to get Periscope followers on board. 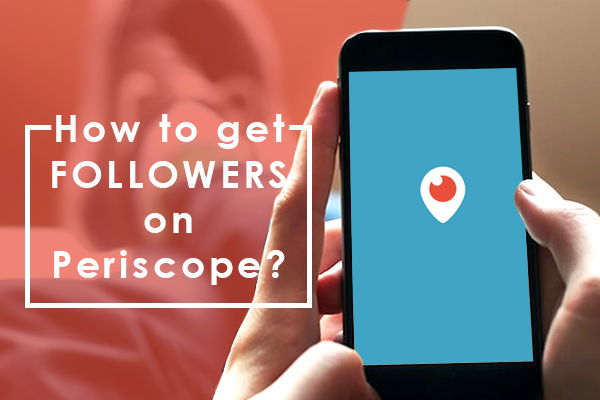 Why Periscope Followers Are a Big Deal?

Followers are a big deal across all social platforms, and Periscope is no exception. If anything, it’s even more important to have an engaged audience on Periscope than anywhere else. This is due to the fact that broadcasts on Periscope take place in real-time. If you don’t have an established audience of followers, nobody’s going to watch your broadcasts. 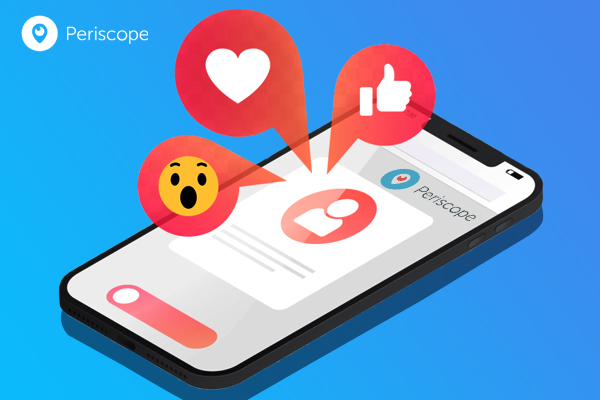 In which case, you’re streaming live video to nobody, which isn’t particularly productive. Having a huge audience of followers means that each and every time you broadcast, it’s reaching the right people. Hence, anything you can do to get followers on Periscope is something you should be doing. And once you’ve got them on board, you need to do everything you can to keep them engaged.

How to Get More Periscope Followers?

There are various tried, tested, and trusted approaches to attract and engage Periscope followers. As always, the most effective approach of all is one that combines a wide variety of activities into one unified strategy.

Each of the following has proven to be an effective way of boosting your Periscope audience in no time. Though again, it’s essential to combine each of these activities another in order to produce the best possible result: 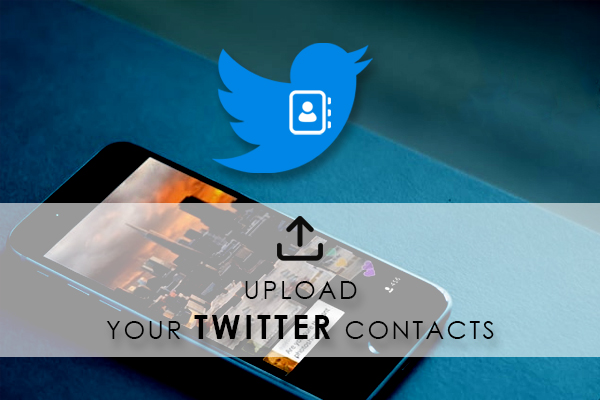 Periscope is essentially an extension of Twitter, meaning you can more or less combine your audiences. What you need to do is upload your Twitter contacts to your Periscope account and start following them.

Immediately, you’ll find that a bunch of them follow you back in return. Uploading Twitter contacts on Periscope is pretty straightforward – full instructions are available via the main Periscope dashboard.

It’s worth remembering that most people will choose what to watch on Periscope based mainly on titles. As with any movie, TV show, or anything else, the title sends a strong message about the content.

It’s therefore up to you to ensure your titles are as interesting and engaging as possible in order to convince people to check you out. One important note – never make the mistake of using clickbait to trick people into heading your way. It’s a recipe for disaster and won’t work in your favor, period. 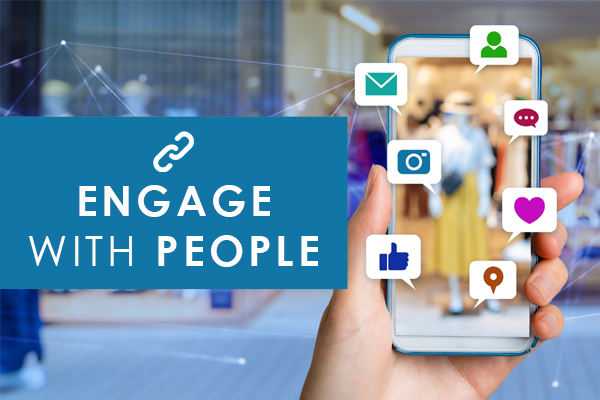 Engagement holds the key to success on platforms like Periscope. But this doesn’t just mean encouraging people to engage with you and your content. It also means taking the time to engage with others and leading by example.

Take the time to communicate with your audience, watch their broadcasts, and generally become a part of the community. All of which is guaranteed to drive more engagement in your direction.

If you want more people to follow you on Periscope, why not simply ask them? This is a surprisingly affordable tactic that works across all social platforms without exception. It’s sometimes as easy as just giving people a gentle nudge in the right direction.

Include reminders to follow you in your broadcasts, and there’s a good chance they’ll do just that. Even if they don’t, you won’t have lost anything by asking! 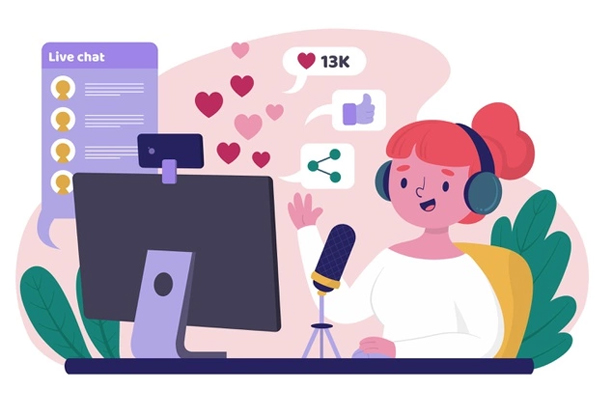 Active and consistent broadcasters are the most attractive and engaging broadcasters. Much more so than those who broadcast infrequently and sporadically, with no consistency at all. Keeping people engaged on Periscope means ensuring they are provided with plenty of content.

It also means focusing heavily on the quality of your content while ideally getting into some sort of routine regarding when and where you broadcast.

Collaborations often hold the key to building huge and engaged audiences on Periscope. When you collaborate with another broadcaster, you instantly gain access to their audience. You basically share your audiences with one another, which can result in tonnes of new followers heading your way.

Just as long as they are not direct competitors, there’s a good chance they’ll be more than happy to consider collaborating with you. Again, there’s nothing to lose by asking.

Do A Q&A on Niche Topics

Q&A sessions on Periscope never fail to attract substantial audiences. There’s no more compelling content than a Q&A session, where viewers have the chance to ask their questions and have them answered by the broadcaster. 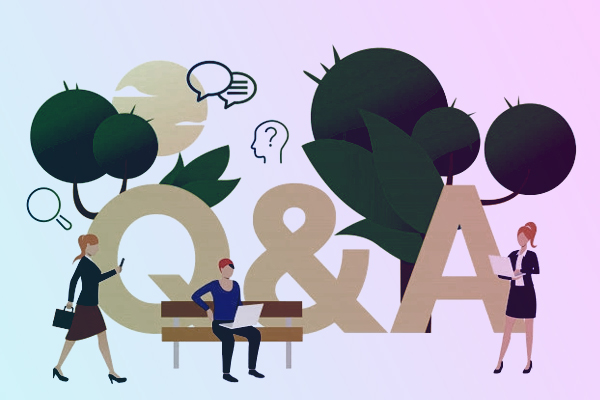 Just as long as you focus on a topic of genuine interest and relevance to your audience, the rest takes care of itself. This can also be one of the simplest of broadcasts to host, as your audience does most of the work on your behalf!

Last but not least, location sharing has been shown to boost engagement and subsequently increase follower numbers. There’s something curiously engaging about knowing where a broadcaster is at the time – particularly if they’re showcasing something you’re interested in.

In any case, it’s a tiny addition to your broadcasts that could nonetheless make a big difference. Where it’s possible (and safe) to do so, consider sharing your location with your viewers.

Last up, it’s also possible to buy Periscope followers for an instant boost. When you buy followers on Periscope, you benefit from the influence and appeal of a larger audience. You look more popular and appear more credible, making it easier for others to take you seriously. It’s worth remembering that on platforms like Periscope, popularity breeds popularity. 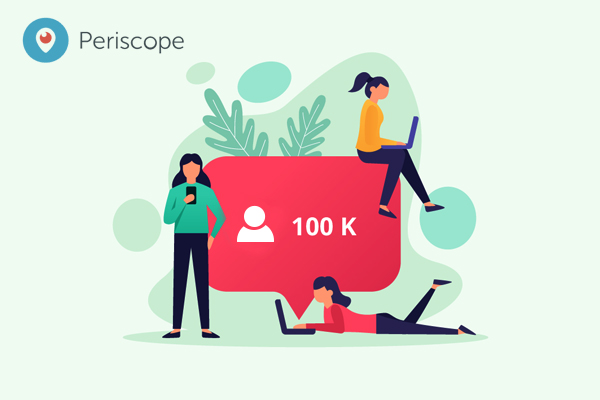 Still, buying Periscope followers isn’t an effective all-around strategy in its own right. It’s a great way of getting things off the ground, but you’ll still need to follow the guidelines above to make it happen. It takes time and effort to build an engaged Periscope audience, but the benefits of having a ton of followers on board make it all worthwhile.