You are here: Home / Tips / How to Get More Twitch Followers?

Twitch is known as one of the most popular streaming platforms and is the first choice of people who enjoy watching streams. Many ambitious streamers join this platform every day, and almost every one of them asks how to get more twitch followers easily. 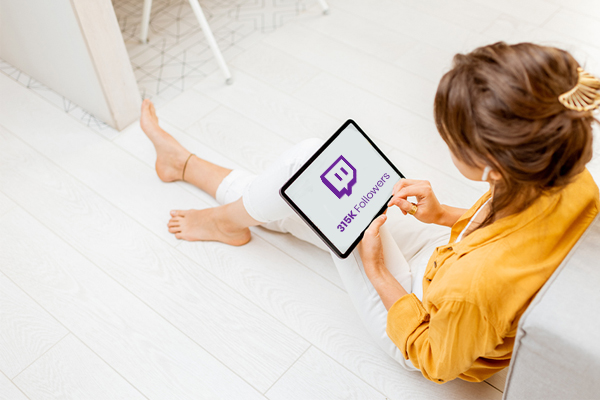 The number of followers on twitch actually gives the potential audience an idea of how interesting someone’s stream actually is. That’s why everyone on twitch wants to get more followers in order to attract more viewers and be an icon of success on twitch.

How to Get More Followers on Twitch?

To help you get more followers and to make your twitch stream popular, we’ve brought some expert tactics for you. These tips will also help you grow your twitch channel and make you a successful twitch streamer over time. All these tips are trusted by twitch professionals and will work for you if you follow them accurately and precisely. 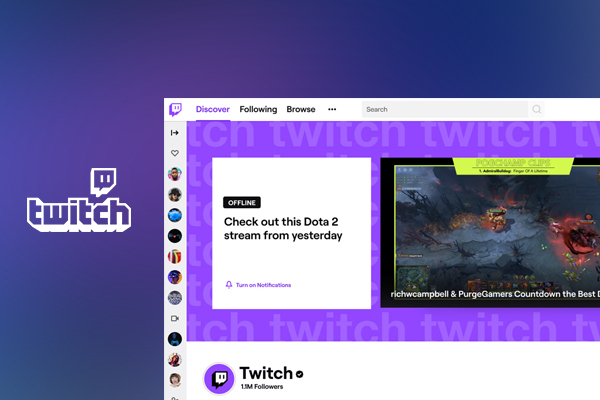 It’s already understood that to get more twitch followers; you need to make your channel attractive and appealing. No one likes to visit a channel that is bland and whacky. You need to show some colors and aesthetics in order to charm your audience and get more followers.

Now, there are several ways to convert your boring and dull channels and into an attractive and interesting ones, but here we’re mentioning some of the most effective ones.

When you create a twitch channel, there’s a stock option for layout, which is just a preset that twitch offers. Most of the people just run with that preset and never bother to customize their layout and give it some personal touch.

To make your channel look interesting, the first thing that you need to do is customize your layout. Take a look at channels of some famous twitch streamers and get an idea of what you should be doing. Make sure to follow the new trends with your layout and make sure to give it some personal touch through background texts etc.

Once you’re done with setting up your basic layout, it’s time you focus on the real aesthetic part, which is inserting cool transitions and animations. Channels that utilize aesthetic transitions have been known to get more traffic and hence more followers over time.

So, make sure to play around in the settings a bit and find some aesthetic animations and transitions that suit the theme of your channel.

Some people choose very tacky colors for their channel, which are somewhat repulsive and destroy their chances of getting any followers. That’s the mistake you need to avoid. Make sure to take your time and come up with a color scheme that’s simple but aesthetic.

Colors will force people to check out your channel, and once they see your stream, they will definitely make sure to follow you. That’s how you make your channel aesthetic and appealing. Sure there are other tricks to do this as well, so feel free to experiment and play around.

Choose One Particular Game and Focus on It 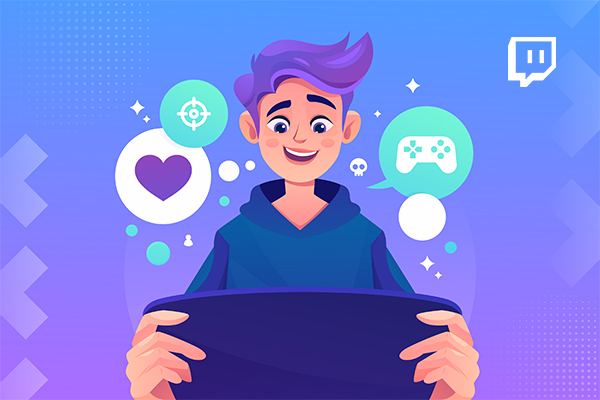 Diversity is a good thing, but experts suggest that to gain twitch followers, it’s best that if you choose a particular game and then direct all your time and effort on it. Everyone has a game that they feel like they can play forever, and if you’ve got one too, then start streaming that.
There are going with one game has lots of positive aspects, but here are three major benefits.

First of all, if you’re narrowing down your list of games and picking one, then you’ll definitely choose the one in which you’re the best. So, you’ll be able to flex your skills fully in front of your audience, which can get you, followers. The second thing is that choosing one game for your twitch stream saves a lot of time. You won’t have to go back and forth between different games and play them.

Many popular twitch stream titles are those which keep their entire focus on just one game for their streaming career. The third and final thing is that by choosing one game, you’ll attract a particular audience that’s interested in just that one game.

So, it will become easier for you to charm them, interact with them and attract more audience like that, and get more followers. These three major benefits are one of the most important reasons experts suggest that you stick to one game in order to gain more followers.

Invest in a Good Twitch Layout

As we’ve already discussed above, it is important for you to invest time in a good layout in order to get followers. Layouts are like the first thing that comes blasting on a viewer’s face, and if your layout is good and attractive, then your audience will be charmed at first look. So, make sure to look around and get yourself a great twitch channel layout.

Remember that you’re not the only one who wants to gain more followers. There are many other people on twitch who are willing to spend more time and money on layouts to get their goal. Don’t let them beat you by just being lazy and stingy. Make sure to put your ‘A’ game while setting up your channel layout so that audience gets compelled to follow you on twitch.

Go to Meet-Ups and Events

Growing your followers doesn’t just mean attracting an audience and then playing a good game to entertain them. It’s about forming real friendships online with people who like to watch your twitch stream and being thankful to those who follow you.

That’s why experts recommend that you go to meet-ups and events that are held by events. It will not only help you communicate with your current followers but will also give you a chance to attract potential followers and make them follow your twitch account.

Promote Your Channel on Other Social Media Platforms

Getting followers is all about expanding your reach and letting people know that you’re playing a particular game on your twitch stream. So, basically, to get more followers, you need to promote your channel, and for that, it’s best that you use your social media accounts.

Take your phone out and start posting about your twitch channel. Tell your friends what game you’re playing and how you chose to play it; whether you’re going all out or stealth, give them the details that attract them, and they end up following your twitch channel. One thing that you need to be careful about in this step is choosing the audience.

Your social media promotion won’t work if you tag those friends in your posts that aren’t interested in streams at all. Since they don’t have interest, they won’t bother to check, and your plan will fail. That’s why it’s important that you pick your audience carefully and promote your channel on social media as much as you can.

Twitch is a streaming platform and people who stay active on it for the maximum time have more chances of coming on the audience’s radar and getting more followers. That’s why you should try and stay active on twitch for longer periods of time.

You don’t have to be active 24/7. It’s just about staying online for the maximum time as much as you easily can so that twitch’s algorithm suggests your channel to people. When it gets recommended, people will look into it and will start following you, so stay active. 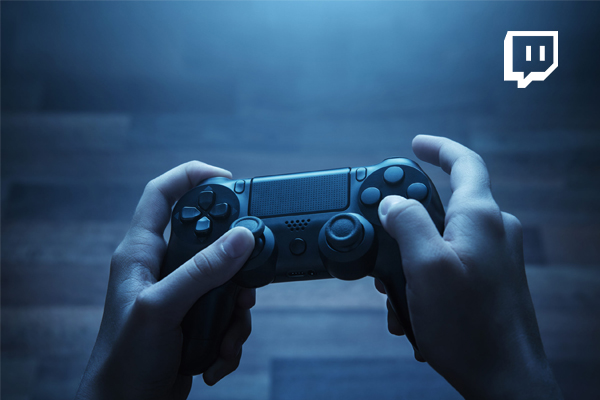 To get more twitch followers, you need to be extremely consistent and dedicated. If your goal isn’t to become successful on this platform, and you’re just doing this casually, then it’s a high chance that you’ll fail soon. The audience likes streams that are consistent and come live on a specific schedule. That’s why you need to be very consistent when it comes to streaming a game.

Mark your calendar and find hours that are most convenient for you to stream, and then go online on those hours daily. Doing this will give your audience something to look forward to daily, and it will also push you forward in the ranks. You’ll get on the radar of twitch’s algorithm and will soon start getting more followers too.

Stream as much as you can in order to get more followers. It’s a simple and most basic tactic recommended by twitch professionals. The more hours you give to your stream, the more people will start noticing you; hence you’ll get more followers.

Again, it’s not about doing it all the time. Make sure to take rests and break. If you want to become a professional on twitch, then you should stream a lot and amuse your audience so that people get fascinated by your content and start following your twitch channel.

If you’re facing problems in applying the tactics or haven’t got the results even after doing everything, then don’t worry because you can buy twitch followers from GetAFollower.

We hope that you liked the tactics we compiled for you, and they helped you get the answer for how to get more twitch followers. Please keep following us if you want more content about twitch and other social platforms.