You are here: Home / Tips / How to Get More Viewers on Twitch?

Let’s be honest here; there is no other streaming platform that is perfect for streamers than twitch. That’s why many players join this platform every day and try to get more viewers on twitch as they can. Twitch was launched in 2007 as a live streaming platform, but it gained popularity in the sports era where competitive gaming became the trend, and people started watching matches live. 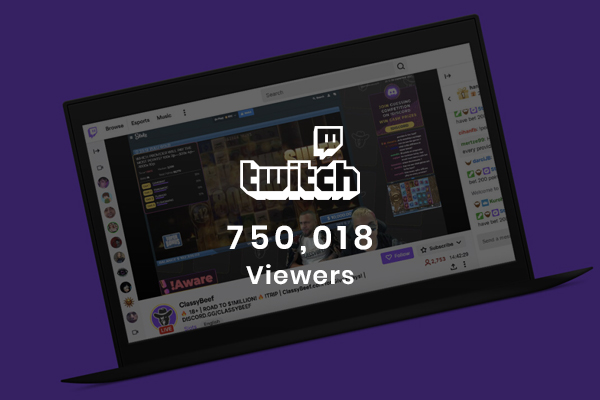 Soon many great streamers joined this platform and started streaming this platform. Legendary game experts like shroud and Doctor Disrespect gained popularity because of twitch. According to a recent study, this platform has more than 9 million daily active streamers.

If we talk about the audience, twitch has more than 59 million dedicated viewers that watch the streams on a regular basis, and this number I increasing with the passage of time. Now, the stats show that you have a good chance of attracting people to watch your stream.

So, let’s see how to get more viewers on twitch stream. We’ve got tips that will help your video game live streaming successfully on twitch and will help you in growing your channel.

How to Get More Twitch Viewers?

As always, we’ve brought the tips that are trusted by our social media experts and are recommended by successful experts on twitch. So, let’s begin. 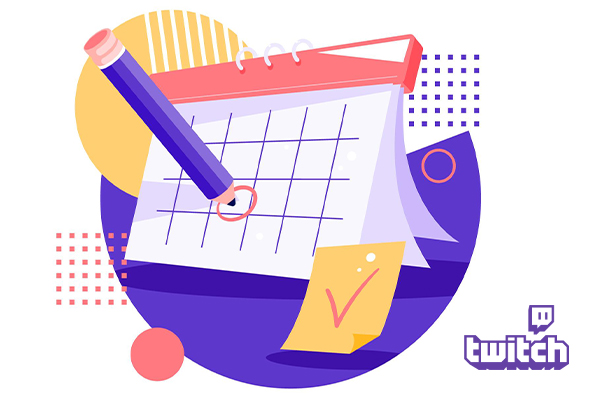 If you want to build an audience on twitch, then you got to be very serious with your goal. The first rule to get more viewers is consistency, and it’s the one element that can make or break your whole career as a streamer.

The audience, epically the one that’s interested in gaming, always wants new content from the creator, and if you’re just a casual streamer who plays the game once in a while and then streams it on twitch, well then, this field isn’t right for you.

You need to be passionate and dedicated in order to consistently keep streaming on a regular schedule so that your audience always has something to look forward to, and it never leaves you. They’ll start recommending your stream, and you’ll gain more exposure.

More exposure simply means more people will come and watch how you play the game and what kind of tactics you are using to beat it. So, make sure to make a consistent streaming schedule and then stick to it.

Communicate with Your Twitch Viewers

It’s really boring to watch someone else play the game while you just sit there and see someone make wrong moves, right? Well, that’s how an audience feels when the twitch streamer doesn’t respond to them, doesn’t talk, and just keeps playing the game.

You need to engage your audience so that they feel connected with you. People get bored really quickly if you don’t find a way to hold their attention, so make sure you’ve got a hook. Try to answer their comments, and read their comments during the stream to make it more fun.

Also, every once in a while, try and give a shout out to your dedicated viewers so that they feel appreciated and bring in more viewers for you so that you can be recognized by other people as well. 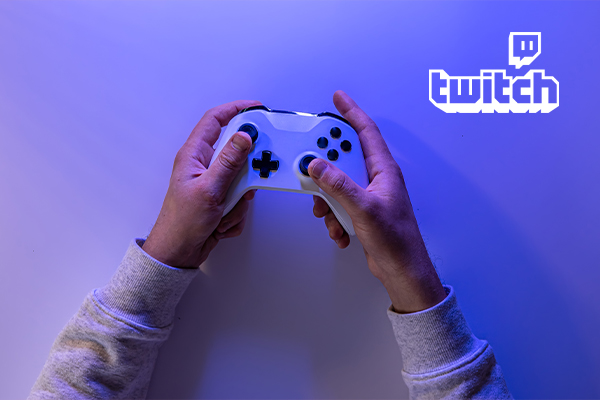 To increase your viewer, count the one thing that you absolutely need is focusing on popular games. It’s true that old is gold and that classic games are the best, but unfortunately, the gaming community doesn’t appreciate streamers playing Pac man anymore. So, you always need to make sure to focus on popular gaming titles.

Select a game that’s hot in the market and then start streaming its gameplay. People curious about that game will definitely make sure to check out your stream to know about the game. One other important thing that you also need to have in mind is your image as a streamer.

Many twitch streamers develop their image as RPG players or FPS players and get bound to only that genre in gaming. Now, it’s good if you have a specific audience but cover more ground; it’s good to be open. Make sure to play all sorts of games in all sorts of categories. If you’ve just ended Assassin’s creed, then shift to call of duty. Keep changing the genre so that audience doesn’t get bored.

Promote it on social Media

One simple and amazing trick to get twitch viewers is to promote your stream on social media. You’ll be surprised to know that gaming communities have deep roots in all social media platforms, which make promotion easier. All you have to do is list all your social media accounts and then make posts about your twitch streams.

Make sure to add the link to your profile and tag your friends. Once you’ve done that, you’ll see that your friends will check your stream and will recommend it to others. A chain of promotions will start this way which will increase your audience, and hence you’ll get more viewers over time.

Choose whatever platform you want for this task, but we recommend Facebook and Instagram since they are the mainstream.

Engage with Other Streamers

The growing community doesn’t just mean that you focus on getting more and more viewers to your stream. It also means that you start engaging with other streamers. It’s quite simple, actually; all you have to do is socialize. In order to get recognized within the gaming circles, you need to engage with other streamers that are interested in the same kind of games that you are interested in. 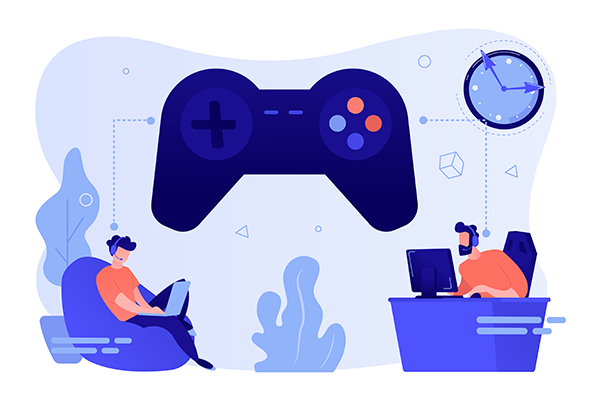 For example, if you’re a Far Cry enthusiast and you’ve happened to find a guy who’s good at it, then befriend him. Try and make a simple collaboration video so that viewers can be happy that two of their favorite streamers got to meet each other and work on a video. Engaging with other streamers will be very helpful for you in the long run.

Use the Right Equipment

You can’t expect to attract an audience with a sloppy stream. If you want more people to watch your stream, you need to have the best equipment so that your stream doesn’t lag, slow down, or just cut off while thousands of people are watching you. So, the first thing you need is a good pc, second and most important is a stable internet connection.

Rookie twitch streamers begin their journey without considering this step, and even if they successfully get some audience, they soon end up losing them due to sloppy streaming. That’s why you need to make sure that you have the right equipment for the job. Otherwise, you can say farewell to your existing audience too.

Use a Face Cam

They won’t know you if you don’t show your face on the stream. You don’t have to just make a brand, you need to associate yourself with that brand as well, and for that, it’s very important that you show your face to the world. 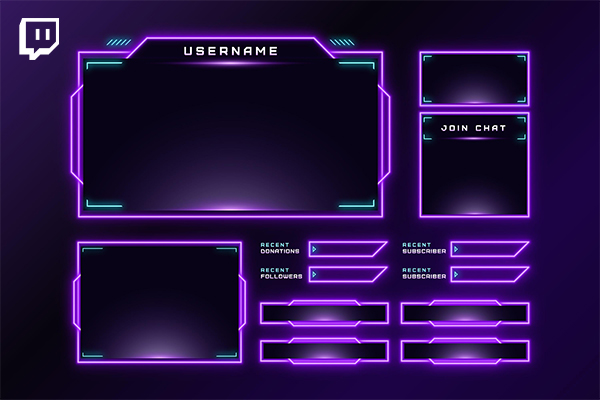 It’s pretty important because if you keep playing games without showing your face, then you might be able to achieve your goal and get more viewers, but only your twitch account will be famous, and no one will know the person behind it. So, make sure to use a face cam.

You want to grow your audience? Great! You can start with asking people to follow you, but why go for unknown people when you should begin the marketing from the people you do know. Start telling your friends about your streaming and ask them to check it out.

Make sure that you tell it to those who really are interested in gaming and might be interested in your niche. Once you do that, you’ll start getting exposure, and you’ll automatically attract more audiences.

If you are not getting enough viewers even after following all the tactics, then relax because you can always buy twitch viewers from GetAFollower. We’ve been providing viewers to twitch streamers all over the globe for several years now and have delivered millions of viewers to our happy clients.

All the viewers we bring are organic, so you don’t have to worry about it. Play games and chill; leave the hard work to GetAFollower.

Since gaming became a way of earning money, the trend of streaming on twitch has risen quickly. It’s difficult for new streamers to make their name in the market, but if you keep working consistently and improve your skills, you’ll definitely get more audience in no time.

We hope that you liked today’s article and got the answer for how to get more viewers on twitch. If you want more content like this, then please keep following us.