You are here: Home / Tips / How to Make Money on Twitch?

Twitch, in its full form and glory, is the No.1 streaming platform in the world, with over 8 million broadcasters and 140 million monthly users. It’s literally heaven for gamers to enjoy their favorite stream, and to put a cherry on the top, they can make money on Twitch as well. 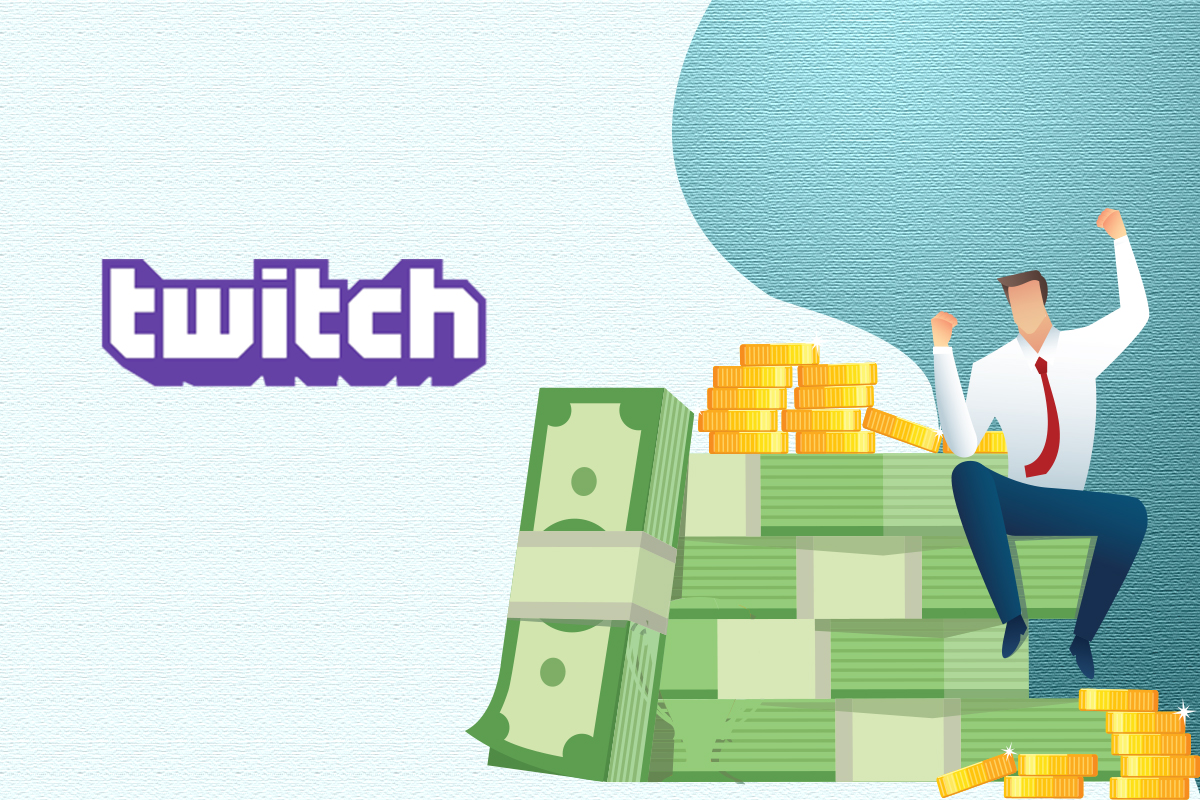 That’s right! Twitch pays good money to broadcasters who successfully build their online presence and engage a huge audience. Many famous streamers earn millions in payouts, subscriptions, and brand deals from Twitch. According to a Twitch leak, famous pro gamer and streamer Shroud makes over $78,000 per month on the platform.

And that’s just the beginning! So, how exactly can you play video games and make money on Twitch simultaneously? We’re about to answer this question in this article and show you various ways to generate revenue through Twitch.

Build an Audience on Twitch 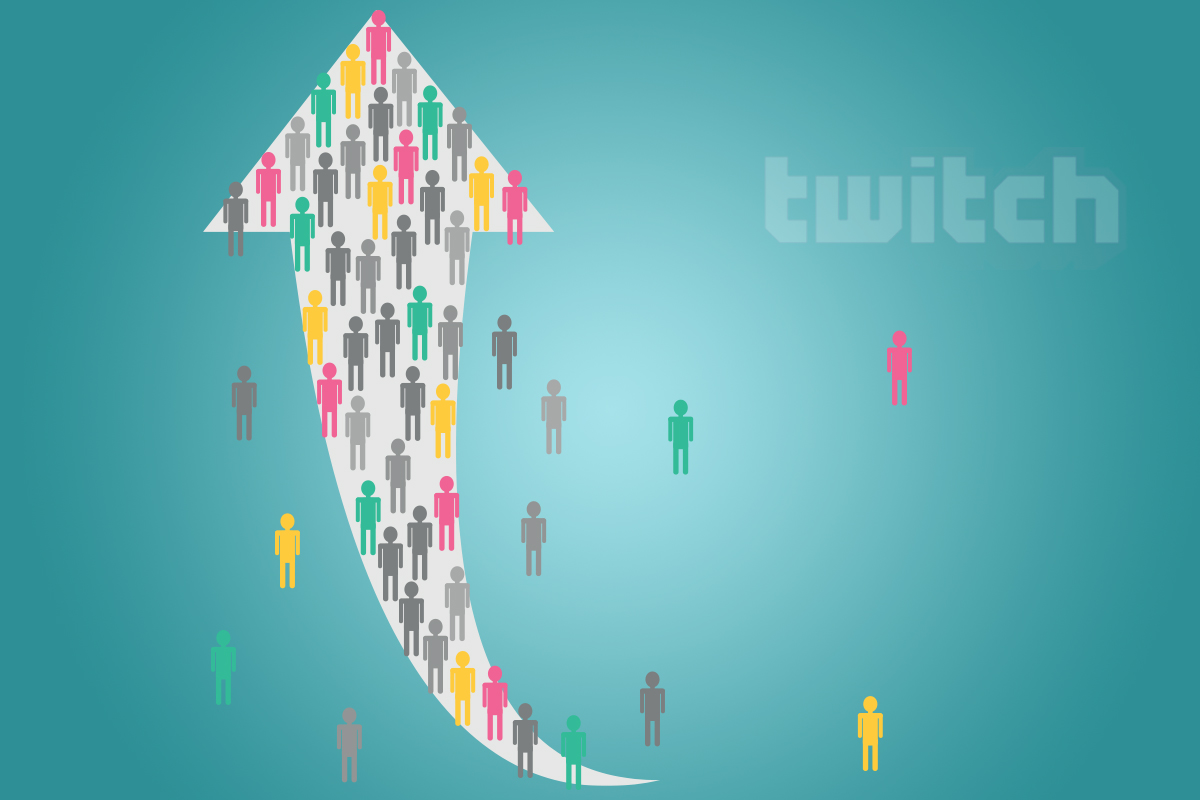 Making money as a streamer first requires a massive audience that can back you up. You need to increase your Twitch followers and dedicated viewers to build social proof and be eligible to generate revenue via streaming. But the thing about attracting an audience is that it just doesn’t happen overnight.

It requires you to become a prolific creator and stream consistently to draw some attention. First, you’ll have to find your niche and ways to engage the target audience. Do not try too hard to match the level of gamers like Shroud because that won’t help you make money. Just be yourself, and if you’re not an exceptional gamer, that’s fine.

Come up with other ideas to make your broadcast fun and engaging. Try being funny, make impressions, crack jokes and interact with the audience to convince the viewers that your channel is worth subscribing to. Get more eyes on your stream by sharing its link on social media channels like Facebook, Instagram, Reddit, Twitter, etc.

Also, stick to a streaming schedule so your audience can get hooked and tune in to see you play games. Remember that the idea of building an audience is to ensure more people know about your stream and subscribe to it. That’s how you will be able to make a dent on Twitch and use your social standing to earn money.

9 Ways to Make Money on Your Twitch Channel

Once you successfully ensconce your position as a famous streamer and get enough audience, it’s time to make money. Here are the nine most effective and recommended ways to make money on Twitch. Use them wisely, and you can generate more money than you could imagine.

The twitch affiliate program is one of the most common methods broadcasters use to generate revenue. The program is invitation-only, which means you can’t join it unless you fulfill the following requirements within 30 days.

Once you meet these requirements, you’ll be eligible to become a Twitch affiliate and make money through the following ways.

Consider Twitch bits a virtual currency the viewers purchase and share with their favorite broadcasters to cheer them. These bits come in different sizes and shapes based on their monetary value. If your stream is spectacularly engaging, the dedicated viewers will support you by showering bits in the chat window.

You will receive 80% of 1 US cent against every Twitch bit. And it can become a considerable number if you manage to receive millions of bits from your fans.

A small “Buy now” button appears on your screen when you play any game available on the Twitch store. It allows the viewers to purchase the game or its DLCS straight from your channel. If a viewer gets inspired by your gameplay and purchases it from your channel, you will receive a 5% cut. So, bring out the fun elements of a game while streaming to convince the viewers to buy it.

Concurrent viewers can subscribe to your channel to access exclusive content and gain perks by paying a small monthly fee. Many popular Twitch streamers utilize this method to maintain an element of surprise and make money on the side.

See, hiding some of your content invokes the audience’s curiosity, and they subscribe to your channel. You can divide the perks into different subscription packages like Silver, Gold, Platinum, etc., and set different prices. 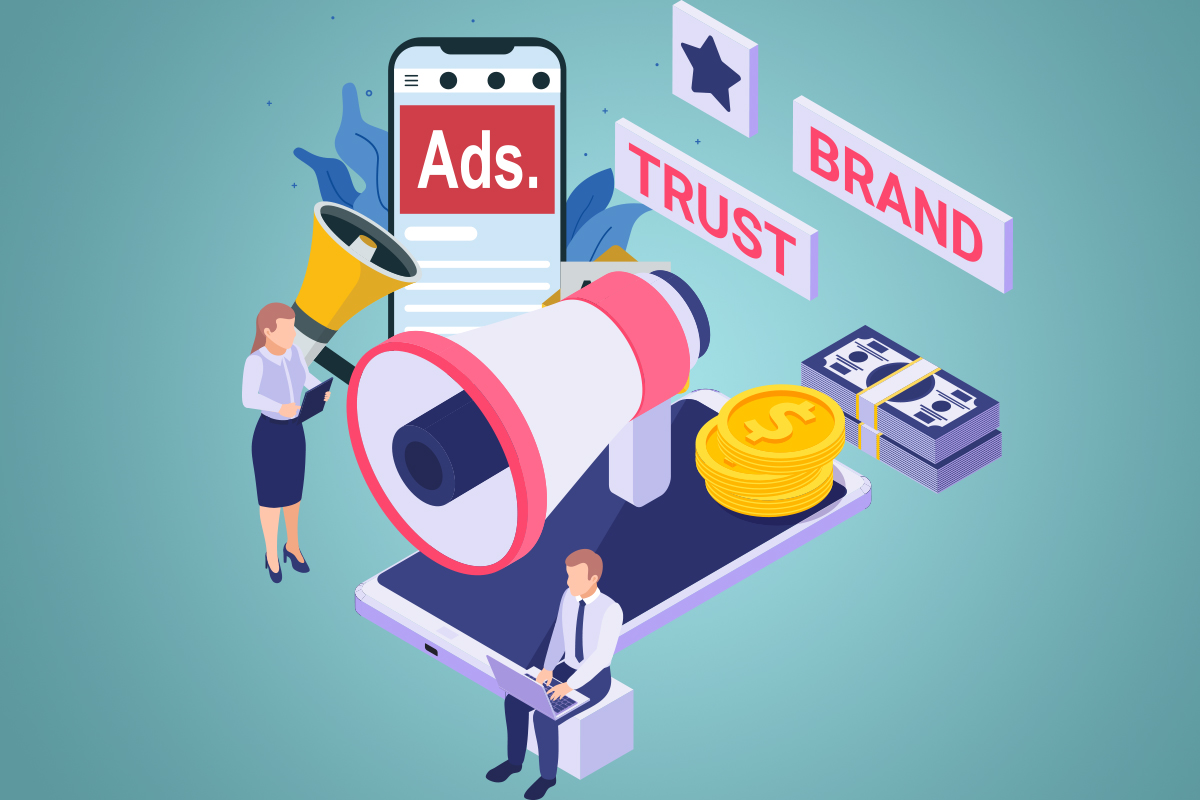 Several renowned brands work with Twitch streamers to use their audience to promote their product or service. Obviously, they pay huge sums of money for this endeavor making it a pretty lucrative tactic for broadcasters. You just need to talk about your sponsor’s product and convince the audience that it’s the best product out there.

Brands like Logitech and Razer are known to pay about 20% commission against every sale that streamers secure. Hence, the more sales you secure, the more money you’ll make. The only problem is that brands work with renowned streamers with a vast audience.

However, some niche-specific brands also work with micro-influencers to reach their target audience. So, don’t worry if you do not have thousands of followers yet. You can still work with small-time brands and keep climbing the ladder until you enter the big leagues.

Twitch partners are what you can call the top one percent of the platform. They are streamers who attain the “partner status” after showing promise and spectacular results in the affiliate program. In order to become a partner, first, you need to achieve the affiliate status and then fulfill these requirements:

After fulfilling these requirements, you can apply to become a Twitch partner. Now, the partners actually get the same ways of making money as the affiliates. However, they make extra cash by getting a share of ad revenue that Twitch makes from their page.

Partners are also prone to attract brands and sign highly lucrative deals because of their prodigious rank in the Twitch hierarchy. Aim high, become a model affiliate, and someday you’ll be able to generate good money as a Twitch partner.

Donations are another great way for dedicated viewers to show their support. There have been cases where followers sent thousands of dollars to their favorite streamer just to show their undying loyalty.

You can add a “Donate” button to your channel and tell the audience they can support you by sending donations. This feature allows you to receive money through PayPal or most third-party apps like Muxy, StreamLabs, Gaming for good, etc. 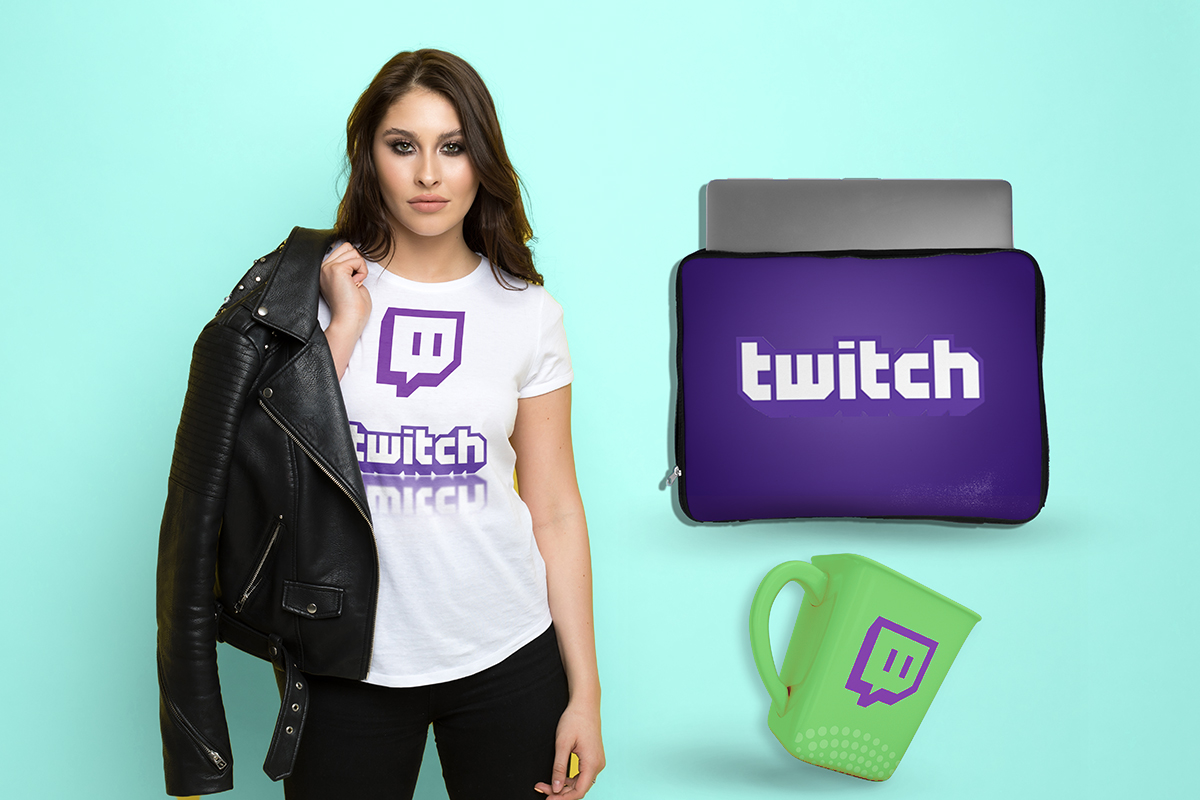 You can set up your very own Twitch store and make money by selling cool merchandise. Now, you can go as broad as you want when it comes to merchandise. Start from basic items like T-shirts, caps, mugs, calendars, headphone stands, etc. If they show promise, you can also move on to bigger items.

But how exactly does it work? First, you need to create a storefront on a third-party platform like StreamLabs, TeeSpring, or Stream Elements. Once you finalize the front, upload the products in it and attach the store to your Twitch channel.

Now the viewers can purchase the merch directly from your channel without going to the store directly. This tactic has the potential to generate thousands of dollars per month, depending on your audience. So, come up with fantastic ideas for your merch to increase sales.

Running ads on stream is a traditional way of making money currently being used by several platforms. In this method, Twitch shows ads to the viewers during your stream and shares the advertisement revenue with you. As of 2022, this share is 55%, a significant upgrade from what it used to be.

This share is also affected by factors like the number of impressions, clicks, redirects, purchases, etc. Remember that this feature is unlocked only when you become a Twitch partner. So, engage more audience to boost your odds of gaining more ad impressions and making more money.

Twitch proudly hosts several major gaming tournaments over the year in which streamers compete against each other. There’s a whole website dedicated to this purpose named Twitch Rivals. In these tournaments, 20 renowned streamers are thrown into a battle royale where they fight for the prize money.

The payouts mostly start from $50,000 and sometimes go to a million, depending on the sponsors. If you are damn sure about your gaming skills, participate in one of these tournaments. It will allow you to test your reflexes and give you a chance to take a considerable amount of money home.

You don’t have to rely directly on Twitch to generate revenue when you can use other platforms. Many famous streaming stars have YouTube channels where they upload top clips from their stream. This way, they attract the target audience on YouTube to get views and monetize their content.

For instance, Twitch stars Shroud and Dr. Disrespect have 6.81 million and 4.41 million subscribers on YouTube, respectively. Now, that’s something you need to follow as well. Start a YouTube channel today and begin posting your gameplay there to monetize your content and make money eventually. 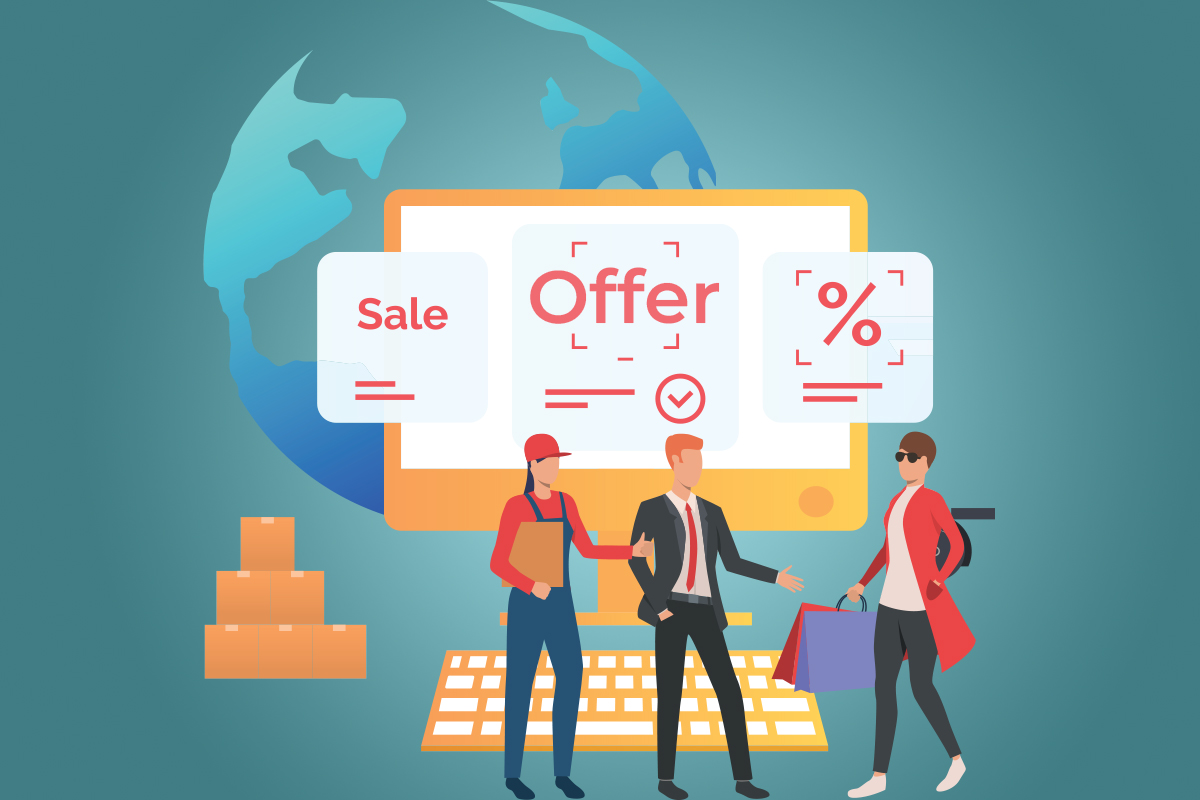 To establish yourself as a resourceful broadcaster, you can provide special offers to your viewers and subscribers. For instance, you can collaborate with brands and get exclusive discounts and deals on their products. Tell your viewers they can purchase a product at a special discount only from your stream.

It will make let the audience know that you have strong connections. Another great way is to host giveaways and send your fans the latest games or signed merchandise. Both of these tactics help build your reputation in front of the audience, which enables you to generate more revenue in the long term.

That’s it for today! We hope that you liked this article and found all these ways simple and easy. Remember that you can only utilize these tactics for generating revenue by making sure that you have enough following. Without a strong audience at your back, you might be able to make some profit, but not a steady income.

So, expand your social network, connect with viewers and try getting as many followers as possible. If you have any questions, let us know in the comments section or on our social media channels. Please do visit our blog to read more informative and helpful articles like this.